Fishing for the Stars....how I got hooked on Astrophotography 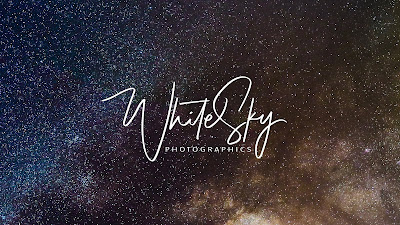 WhiteSky Photographics started back in 2014 when I was already a hobby Photographer living in the north-east of Scotland. I had an interest in landscape/seascape photography at the time and had always had a love for the stars and space. After seeing a few pictures of the milkyway and deep-space photos on various websites I decided I should give it go with the camera gear I owned at the time (Canon 5Dmk2 and canon 16-35mm lens) . So after reading up on the correct settings and watching a few videos then came the long frustrating wait until it was clear enough with the Scottish weather.

I decided to head to a dark place (or what i believed) called Cairn O'Mount on the Aberdeenshire road between Banchory and Fettercairn. This I thought would be a good place to start, because it was close to the road and relatively easy to drive to and this also meant if I got cold then the car would not be far away....cleaver thinking you see! Planning is one of the most important points in Astrophotography especially on location and something I now stress to any budding Astro beginner.

I had no idea how difficult it would be to take photos in the dark, especially focusing the lens on the Stars. I also didn't know whether the settings on my camera I had read-up on were correct. plus it was frustrating dealing with car headlights driving right past on the road nearby which in turn lit up the Cairn (not in a good way). Now looking back, this is another reason to head out away from all types of light pollution including traffic.
At the time I believed Astrophotography reminded me of fishing: standing in the cold, not knowing what was out there if anything, and requiring lots of patience. You had to use the camera gear like bait: sitting there on a hill with the shutter set open, and then waiting 30-40 seconds for it to click shut! then taking a look at what you had captured on the preview screen on the back and deciding what settings to change...then cast back out again!

But finally after 5-6 hours standing in the cold whilst running back and forth to the car for some hot coffee and the warmth of the car heater, I was sure I must have captured some shots of the Cairn O'Mount beneath the heaven and stars. So I slowly headed home in the car on the empty frosty roads.

I arrived back at the house at about 2am in the morning but was so exited to see the results I decided I would load the pictures taken from the camera onto the computer, thus to see what they looked like!

I was so disapointed to begin with! they looked nothing like I had seen on websites....what had gone wrong?

Now came the next big wake up call!, Post-editing.

This is the long drawn out period of sifting through hundreds of black photos looking at every dot and mark onscreen until you find a few that had the correct settings needed and then editing them in software to bring out the natural colours in the night sky. This is when I realised I needed a crash course on editing my Astro photos which required looking at many more videos and reading up techniques. Finally after another 4 hours (the sun began it's morning hello through the window curtains) I had finished with my first Astrophotography Milkyway nightscape pictures!

Now looking back at my first night freezing and morning of hard work editing I had managed to capture the night sky in a way that not that many people see when tucked up in their cosy beds ... I became hooked knowing that the light travelling from the distant stars in my photographs had taken many hundreds/thousands and millions of years to reach my cameras sensor and I was standing there in the open waiting for the light to strike....just like fishing....fishing for starlight!